Florida is not part of the South? Think again!

This is probably something I overreacted about just a little bit. Maybe.

There was a discussion in a group I belong to about what a soft drink (Coke, Pepsi, Mountain Dew…whatever) is called in the south. People from other parts of the country call it different things such as pop, soda, etc. A few mentioned they were from Florida and what they called it. One person chimed in with this:

“Another thing, and hopefully this won’t offend, but I never thought Floridians were actually “Southern”. Folks from Florida are “Floridians”. You are special in your own right. I mean, when I’ve visited there on vacation, you guys don’t even have “sweet tea”. I have to sweeten it myself! That right there proves the good folks from Florida are marching to their own drummer and it’s not Southern.”

“I am an actual native Floridian – born and bred in Daytona Beach, Florida – with real, live, native Floridian parents. I am living in North Carolina now, but I like I can speak knowledgeably about this subject.

You might want to do a bit of research. Florida is in large part an agricultural state. There you’ll find not only orange but also fern growing, palms (where do you think South Carolina got all theirs), dairy farming, fisheries and sugar cane – just to name a few. I’d put our “bubba rednecks” up against anyone else’s, anytime. Of course, the number one industry in Florida is tourism. We have the nice family places to visit, the sharp looking clubs and venues in Miami, and the beaches. When people come to visit Mickey, or even just pass through on their way to take a cruise, that’s the Florida we natives put on for company…and boy do we love them! They allow the us to have low property taxes, no personal income taxes, and our fabulous road system. Their annual pilgrimages allow us to have jobs and feed our families. We send our students to college with low tuition with the sales tax revenues that are generated by shoppers. We have lots of transplants, mostly from the north and we love them, too. Sometimes they can be a bit obnoxious, but we just smile, take their money, and say, “Y’all come back next year!” Sometimes the retirees can drive you nuts, especially when they drive, but their pensions and social security checks spend just as well here as it does up there. We try to help them out by having lots of senior citizen discounts and other incentives to make them feel welcomed.

Now, as for the beat of a different drummer, maybe so, but in some instances others followed our lead. Let’s see…Daytona Beach was known as the birth place of speed and NASCAR, country music was very popular here long before the current craze began, one of the first lotteries in the south was in Florida (even if you don’t agree with gambling, first is first), not to mention that some of the most cutting edge fashion trends originated in Florida. We even made the name “Chad” popular once again.

My point is that Florida is a lot of things to a lot of people and I maintain that our drum is just as southern as the rest of the southerners. Now, if you ever get the chance to visit the places that are not tourist destinations and retirement areas, you’ll find good folk who just enjoy being good folk as we sit on out on our porches, or decks, or balconies or even boat decks, sipping our very well-made sweet tea.”

I tried to be nice. Each and every state in our union is unique in their own way, but I just felt like her comment was condescending, almost like she was talking to a child or a mentally challenged person. Miss Sweet Tea almost sounded like one of those Georgia peach plantation princesses who just know everything. Heaven forbid that she had to actually sweeten her tea! Gee, I hope she bought a lottery ticket on her way back across the state line! We need to educate Florida’s children that such thinking and attitude went out of style a long time ago…along with hoop skirts.

I have always been very good at imagining things. It’s the ability to say, “What if…” and to go beyond the boundaries set either by ourselves, science, or circumstances. It is said that you can be anyone or anything that you want to be. Realistically speaking, there are always limitations, but imagination does not know those limitations. While I am physically bound to the world I live in, my imagination gives me the freedom to explore “What if…”

I am a writer. As such, I can enjoy many worlds… the one that I physically live in on a day-to-day basis, and the many that I create within my imagination.

Reading is Easy – Writing is Hard!

I confess that there have been times I have read a book, put it down and said to myself, “I can do better than this!” Now, when it comes time to put my money where my mouth is, I have discovered that it is not so easy. Characters and books just don’t just flow out. They have to be tugged, yanked, grabbed, and hauled out into the light.

I have so many great ideas for books and stories, but when I look at that blinking cursor or stare at my legal pad, my mind draws a great big blank. I start a document with some ideas, then I go back and look at it later and it seems corny, hokey, or just downright bad. I sometimes go to the web to look for inspiration, but the last time I did that I found a story very similar to what had been forming in my head….argh! That was disheartening.

I know one thing, though. I truly do want to write. I want to write good books that readers will like and believable characters that they will relate to and care about.

Is this a process that all writers go through? 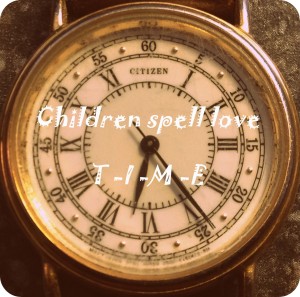 Science: A Gift of the Heart

Science: A Gift of the Heart.  Whatever side of the GMO debate you are on, there is no doubt that science does keep us safe and healthy.  Amy and her family are good people.  Farmers are what keep us eating, and they need all the support they can get in these times.

It looks like it might be one of those winter weather stay home weeks for the most part.  Emma was off from school on Monday for a Teacher Work Day.  Monday night we got sleet and ice.  School was canceled yesterday and today due to the very cold temperatures freezing whatever managed to melt.  Tonight, there is supposed to be another little burst of snow showers tonight which may or may not mess up the roads again for tomorrow…at least for the morning.

Anyway, so why is it that when there is severe weather, be it a winter storm or hurricane, I feel the need to stock up on snack food?  I have just given in to the inevitable and enjoyed the oatmeal cream pies I bought.  Now, I have to make sure we eat it all this week, so it will be gone by the time we get back to our normal routine.  On a positive note, I cooked actual sit-down-at-the-dining-room table meals for dinner all week. 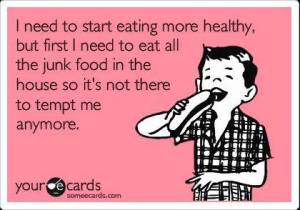